The idea behind Prayer Spaces is to help young people explore prayer in creative ways, that is, to help the students find new ways to communicate with God, with whom some may have a very precarious relationship. The aim of the activity is not to sermonise, but to give students a quiet space and time where they can stop for a short while and reflect on important issues like injustice, gratitude, genuine friendship, forgiveness, modern idolatry…

We hold these sessions twice a year: in Advent for the fifth-formers, who would be leaving school in March in order to sit for their SEC (Secondary Education Certificate) exams, and in Lent for the rest of the school.

In our last (Lent) session, we organised the following stations: 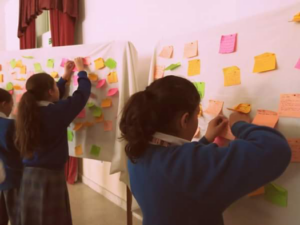 In a world where there is so much speed and noise, Prayer Spaces aims to provide the students with some time of peace and quiet to think deeply, and turn to God with the most important issues in their lives and in the world. There are some who have actually said that the experience changes their view of God and of prayer. 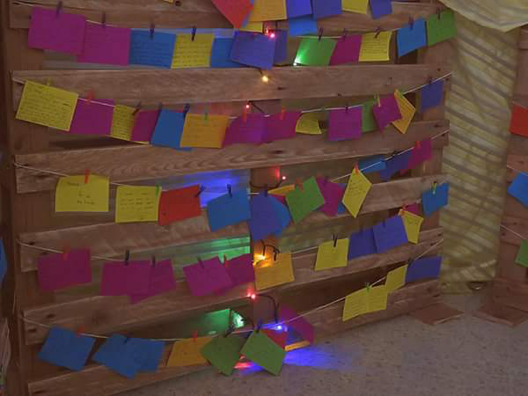 Moreover, having thought about and perhaps also written down issues that are troubling them, the students are sometimes more willing to talk about them afterwards. Some of our girls have been through a lot of pain in their young lives, and they need to share their burden with someone when things get too much for them. Above all, they need to experience an intimate relationship with the God who loves them so much, and who will never let them down. 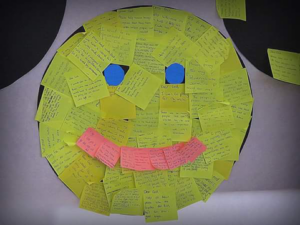 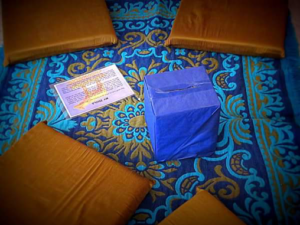 The following are some of the comments left in the Feedback Area:

Prayer Spaces involves a lot of planning and also a lot of time. However, it is worth every minute because of what it means to the students.